I decided it was time for some fun for us. Recently Peirce was telling me some of his goals. He wants to get really good at swimming, make a cookie, and be in a real play. It's been a while since we've been to a real play so I decided it was time for us to get back on the band wagon. Tonight Allen had appointments with clients so Jill and Peirce and I went and saw a play at the Storybook Theatre called

I love to take them to plays like this. The kids all sit on the floor in the front and there's lots of interaction with the audience. It's as fun to watch the kids as it is to watch the actors.

This was a story about a rabbit named Pookie that had wings. He has a bunch of animal friends that don't believe in Santa and he's really bothered by their lack of belief. In the story he ends up meeting Santa Claus (want to feel electricity in the air!! Just hang out in a room with a bunch of 3-5 year olds when Santa shows up!) Pookie finds out that the magic of Christmas comes from your mind and your heart. When you don't believe the magic is lost....and so Pookie helps all his friends believe.

Afterwards the actors all park themselves out in the lobby and meet all the kids. That's as fun as the play I think! 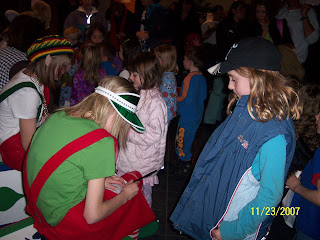 Jill and one of the elves 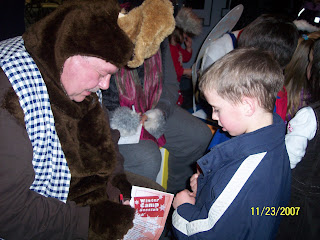 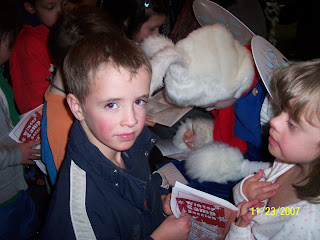 This is Peirce and Pookie is in the background. Pookie was in high demand after the play so it was hard to get a good picture. 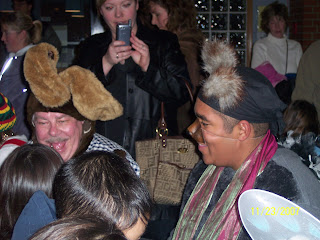 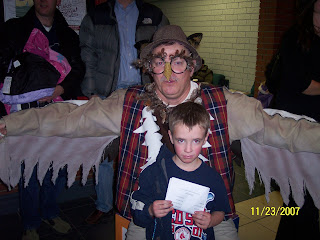 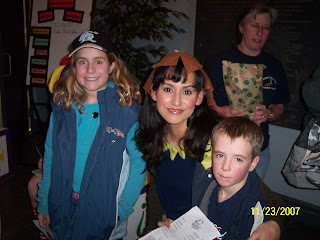 I think this is NommyNee