Well, the whole world sure seems to be ready to be finished with 2020. It was a hard year and hopefully things will start to get better.

Last night we had a ton of snacky food and watched a couple movies. Well, I watched one then the rest of them watched another. I'm really not one for staying up until midnight....even on New Year's Eve. Ah well!

We watched Death to 2020, which seemed appropriate! It was hilarious!! I can't believe all that has happened this year.

We had WAY too many snacks left over. I quickly cleaned everything up this morning and took it down to the food storage room. I don't mind having snacks in the house but I DON'T want them being front and center so that we snack on them all day long. It seemed to work. And now we'll have some snacks for, er, next Friday?

This sunrise this morning was BEAUTIFUL!! I plan to enjoy a lot of them this year. I guess you could say I'm pretty set on my early to bed and early to rise gig. 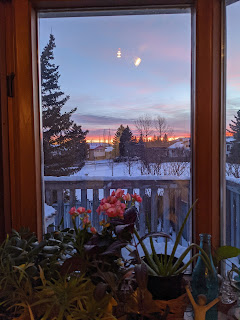 Today we started off the year with some great food! Allen decided to try making pancakes for the first time ever! They were amazing. He used mango kefir and coconut. Of course, there was bacon and hash brown. Yum! 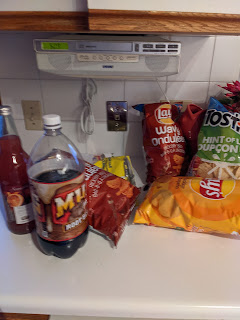 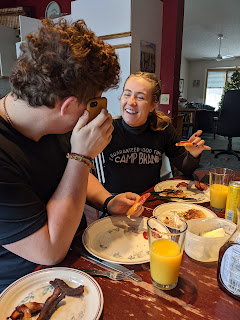 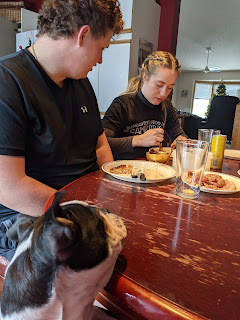 It was great to have Jill over again. She and Peirce tried making a tiktok. It made for some good laughs anyway! 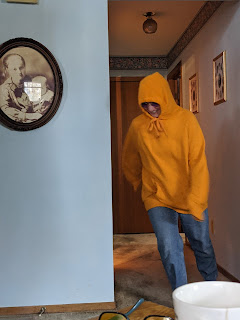 I didn't really expect that Allen would make another meal, but he did! We had an amazing cajun chicken based on the dish Cactus Club serves. Yum!! 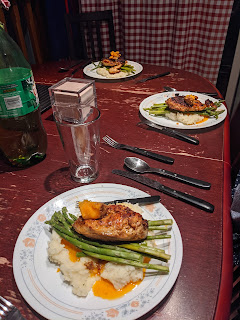 I spent way too much time scrolling through twitter to get angry over people with political positions in Alberta who took trips to Hawaii and not enough time on my bullet journal. Tonight though I made some good headway. I'm excited for 2021 and have some good goals to work on! I also got to spend a bunch of time reading today while Jill and Peirce were out hanging out with Zoe and Daniel. They had a great time together! 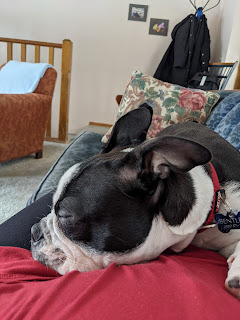 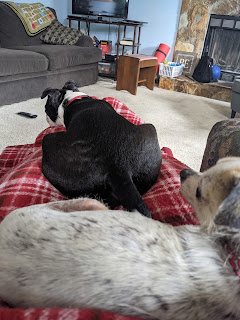 I'm wondering if Chico set a goal to get along with Bentley this year. THIS has never happened! They're both on my lap.

Email ThisBlogThis!Share to TwitterShare to FacebookShare to Pinterest
Labels: Jill, Peirce, Today in My Kitchen