For Sharing Time this pat Sunday I did the one about miracles and the Savior's power over death. I first worked on the song for the 10th article of faith. We sang it last week and it was T-E-R-R-I-B-L-E. So we worked on the first half of it - and they did quite well with it. I told them we'd sing until our "special guest" arrived. Half way through the song I said, "Oh! She's here. Hold on" and I went out of the room...and then came back in with a scarf over my head like someone from the middle east.

I told them my name was Magda and that was short for Magdalene - but since I was friends with Mary Magdalene and hung out with her all the time they came up with a nick-name: Magda (I work with someone named Magda....I think it's a beautiful name). I told them I had been a part of the crowd that hung out with the disciples and with Jesus and I told them of some of "my experiences".

I talked about how Christ has power over death and told them the stories the Sharing Time guide recommends (raising Lazarus, Jarius' daughter, and the widow's son). The last one is to talk about the greatest miracle of all: the resurrection. I tried to kind of tell it verbatim from the scriptures (not sure I did that so well - but I tried!) I tried to talk kind of sweetsy and biblical (blech) and I acted like I didn't know anyone's names. At the end one girl said, "What does resurrected mean?" and so I talked about how we're all sad when someone dies - but just like Jesus died and then lived again through resurrection, we'll all live again and be resurrected. I asked if anyone had known anyone that had died - and tons of kids had someone....I so I asked each who'd died, until I got to one little girl that is about 4. She said her big brother died and she said it makes her really really sad and I said, "Oh! That must have broken your heart!" and she nodded and told me it really did, and then I said, "The wonderful news is he will be resurrected, and so will you! And you'll be together again!" It worked so well. It was one of those pin-drop moments. Acting is something totally out of my comfort zone, but I'm glad I did it because they sure listened!


Then I said, "Oh! I've stayed too long. I'm sorry! Sister Ackroyd asked me to only take a few minutes." and I walked out the side door and then into the back door without the costume on.

When I walked in all the kids laughed and they were saying they knew it was me....I just went into closing exercises, but now thinking about it I should have asked them about what happened and who was there and how they felt.....missed a teaching moment. Oh well! I'll get better! 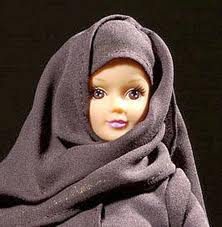 Email ThisBlogThis!Share to TwitterShare to FacebookShare to Pinterest
Labels: Primary