Use it up, wear it out, make it do, or do without

I have a new mission in life - that is to incur NO debt! (Well, okay...that's not the whole story....it's to pay off the debt we have and NOT accumulate anymore)


It's not easy. Things seems to happen all the time that seem to justify pulling out the credit card. Today was a great example. Our washing machine died this week. It was a slow death, and we knew it was coming. We would love to buy a beautiful new, perhaps front loading machine. But alas, I don't have an extra grand to do it right now. So I decided to get on kijiji and find a used one. I found one that was free! The couple giving it away bought a house that they're renovating. All the appliances are being replaced. She said that they were probably all 30 years old. So we took the washer and dryer. It's definitely a relic! It works like a charm though. I don't know why they don't build things now like they used to. Appliances used to last for generations. Not anymore. I'm thrilled with this old beauty. And when we're finished with it we'll probably be able to donate it to a museum! You can tell this came from a totally different era just by the dials on it. One of the buttons is for saving the suds, and one is for draining the suds. ...You can save suds?? Totally different thinking! 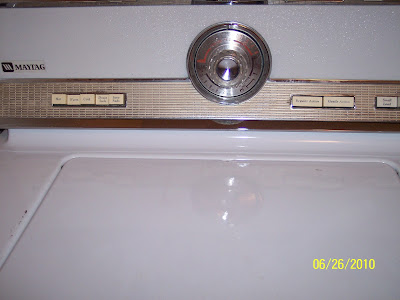 My other great deal was in our spare bedroom. One of the student's we had stay with us previously was a bit of a stinker. He broke the blind over the window so we needed new window treatments, and he also melted wax all over the cloth that covered the bedside table. I found a curtain rod on freecycle that worked perfectly, and then last night someone posted these curtains! They were way to big for the window so I cut them down and hemmed them. There was enough left over that I could make a new cover for the bedside table that matches!! YAHOO! 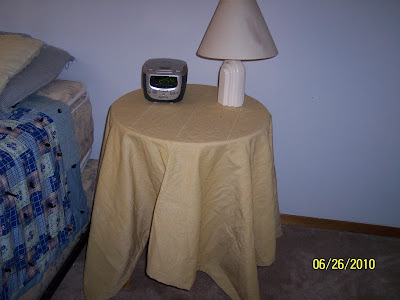 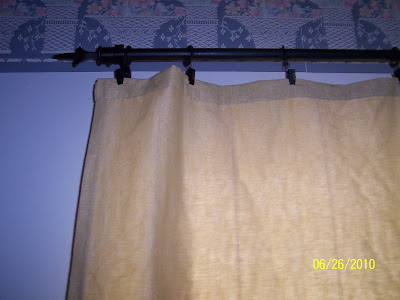 Looks like I really should iron them. I'll do that later! 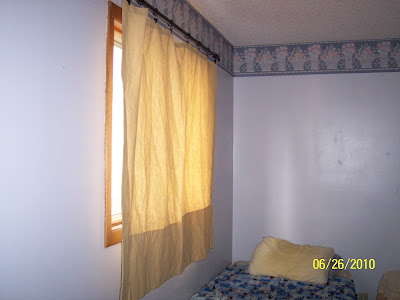 I have enough fabric left that I could make some throw pillows and maybe a quilt with this fabric as the accent. Looks like I should find something for the walls too. It's pretty boring in that room.

All things in time I guess!

Curtain Rod about $40 at Sears

IKEA Curtains about $60 (found the exact ones on their website!)

Ladies and gentlemen, that is $665!! All for free. No smokin' credit card either. PHEW!

I think it's a miracle that we could even do this for no cost. We are so blessed!

Email ThisBlogThis!Share to TwitterShare to FacebookShare to Pinterest
Labels: Benefits of Home Made, Miracles, Provident Pantry

when we lived in Crossfield, my Mom had this big, deep sink-type thing that was next to the washer so when it drained, it drained in there. Then you could suck the water back into the washer for the next load, reusing water that wasn't too dirty and use less soap the next time too. Probably the same idea as your *new* washer.