Today has been terrible. Last night I attended a workshop from 3:30 - 4:30, so I didn't get a lot of time to plan. Then this morning Allen needed to take his car in way down in the south so we drove down to the south before school, dropped it off and then he took me to school - which got me there later than usual - so no time to plan again - which made my school day go less than spectacular. The day all went downhill from there. After school we had to do it again - drive down to the south to get his car. On the way home I call home to tell the kids to put a frozen pizza in because we won't have much time, and Peirce is bawling. We recently banned TV on weekdays and he was sneaking and watching TV. After a couple warnings we told him we were going to cancel the channels he loves and he still was watching - so Allen cancelled the channels. Today Peirce discovered this and boy, was he upset. He didn't want to go to Cubs tonight. I told him to suck it up and get dressed. I got home at 5:30 - just when I was supposed to be at the school for Parent-Teacher interviews. So we rush off there and miss our appointment and have to wait to get squeezed in. We finished at 6 pm - when we were supposed to be at the church for a Presidency Meeting for Primary and for Cubs. Peirce is unhappy because he won't get as many bones (bones??) Jill asks when we're going to her Parent-Teacher interviews. "After Cubs" I say. Now she's upset because apparently her interviews are on a schedule - you go from room to room and it starts at 7 pm and so we'll miss some of her teachers. She hadn't brought home the notice to fill me in on all of this so now I am frustrated with that. We go to Cubs, have our Presidency Meeting, and then rush out to what's left of Jill's interviews. Luckily when we got home Allen had cleaned up the kitchen and put a fresh clean table cloth on the table....thank goodness something good happened today! :0)
But I made it!! A little tattered...but I made it! 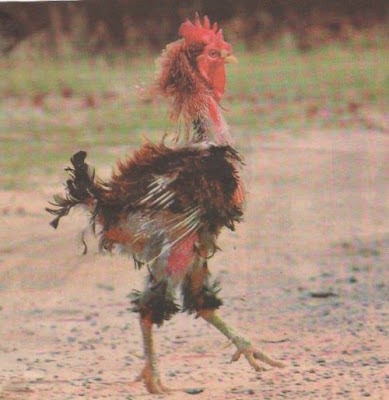