Jill has now officially been out for 90 days. Her P-Day was changed to Tuesday this week because they all went to the temple together yesterday. Sure makes for a long Monday when I keep hitting refresh on my email until I realize it's past missionary's bedtimes and there won't be a letter coming that day. I was happy to get an email today!

This week's letter is a little funny. She said she's got a really busy day....and then the letter seems to end mid-sentence. Is that an object lesson?


Not much time to write today but here's an overview of what happened!
1. Sœur Marteeny chopped off my hair
2. We knocked doors in an apartment and this super nice lady invited us in and we tried to teach her the first lesson but she gave us this drink that tasted like mouth wash.. I wish I could describe fully how bad this experience was
3.two of our Amis decided to stop meeting with us which made us sad because we love them...
4. Ivane (our nine year old ami) did his baptismal interview and his whole family came to church!
5.

....and that's the end. Silly girl.
She also sent me a bunch of pictures. The first set is the hair chop. She said in another letter that they're moving this week. Her words: I just felt like it yesterday morning so we did it! Before bed! Which probably wasn't the most responsible choice to use our night for because we're moving on Thursday! I'm so excited! My first time moving!
What she didn't say is that Sister Marteeny chopped it off. I did stuff like that when I was on my mission. That's where I learned to cut hair, actually! I cut Elders hair a number of times. They'd sometimes ask if I knew what I was doing and sometimes they didn't. I figured, what they didn't know wouldn't hurt them - and hair always grows. I guess Jill had a similar idea. 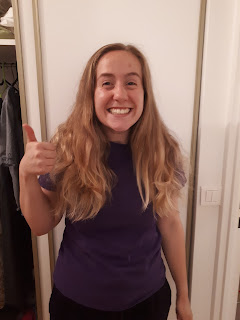 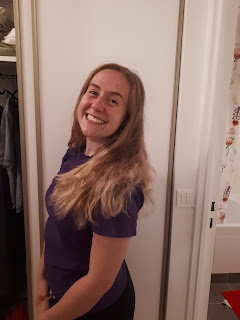 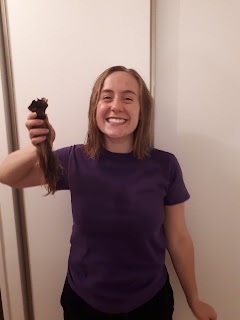 There are always food pictures. Interestingly, Jill says that the cheese in France doesn't bother her. Usually, she has to take lactaid whenever she eats milk products. I was asking her if they exercise a while ago. She said they go running every morning. She also said a lot of the sisters are really careful about eating but she figures she's in France and wants to really experience all the food. That is typical of how Jill lives life! 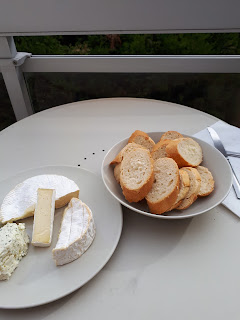 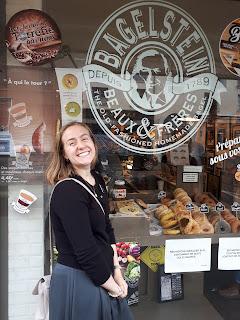 Sometimes I look on SnapChat at places in France and watch the stories. I noticed this street just this week. Rue Des Missionaires. 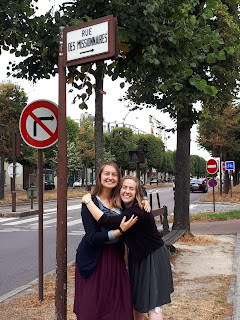 Tag Pic game is on point. 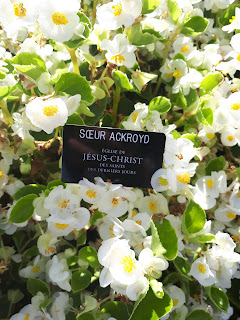 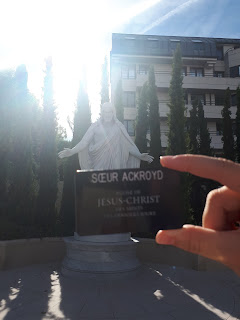 When Allen was on his mission, he has a legendary story about one of his companions that got a cat. Jill sent this picture because of that story. This cat that hangs around their apartment and is super friendly. 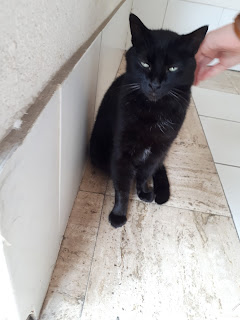 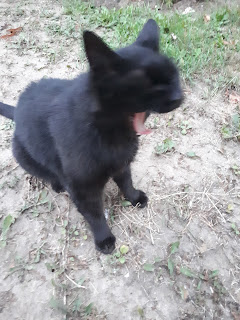 First I thought these were four missionaries, but I think they must be two visitors to the Visitor's Center and Jill and Sister Marteeny. 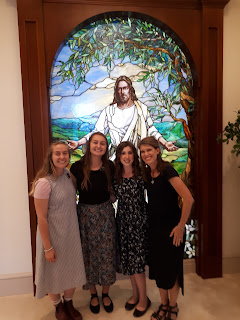 Perhaps this is the entire group of sisters that serve at the Visitor's Center in Paris? 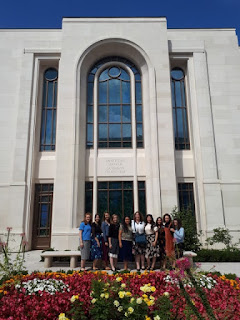 Book of Mormon...the anchor for all of this. 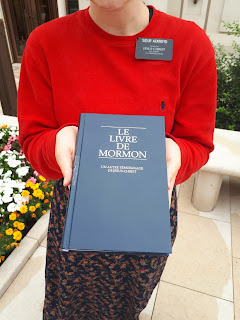 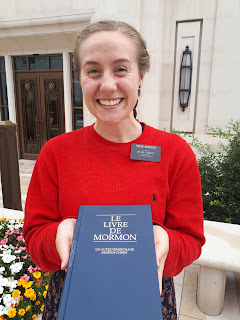 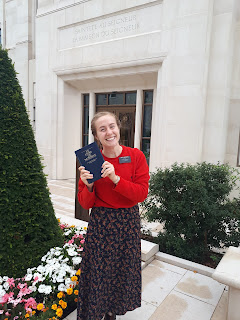 Tell Jill Ashley was in Paris till yesterday. Now the Girl Guide Troop of 8 girls and 3 leaders have moved on to Switzerland. By August 22nd they go to Amsterdam and fly home from there. She is having the time of her life.