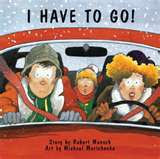 If I could change on thing in teaching it would be the Pee Pee Parade. Kids always have to pee at the darndest times. I hate being the Pee Pee Parade Marshall. No one should have to ask if they can go pee.....however, for the sake of classroom management I know why it has to be that way....but it still bugs me!

So today was another story in the Pee Pee Parade.

Have I mentioned that I teach Kindergarten Phys Ed class? That's an interesting experience. I have learned that I have to really break everything down my more than I ever would have imagined I'd need to. I can stand in front of the red line, put my arms out and ask everyone to line up ONE THE RED LINE....and I get kids standing on random red lines all over the gym. Eeesh!

Well, today the cutest little kindergarten girl came dancing over and holding herself and announced to me she had to pee. We were outside and I'd rather they go in pairs back to the school so I asked her to find a friend and go - but it was clear that there was no time for her to find a friend....so I encouraged her to just hurry and go. So she did.

A few minutes later a male teacher in the school comes out to tell me he just caught a little girl from my class peeing on the compound and now there's a big puddle of pee for me to figure out how to clean up so other kids don't step in it.

Oh the joys of kindergarten!!

Poor thing.....so knew she wasn't going to make it so she took matters into her own hands and took care of the issue. I thought she did a pretty good job - but apparently they frown on kids peeing on the compound....wrecks those four square games I guess!

Email ThisBlogThis!Share to TwitterShare to FacebookShare to Pinterest
Labels: Adventures in Teaching

Oh wow, teaching is so much more than just teaching eh? You made me laugh, thanks Dawn! Poor kid! At least she wasn't like Andrew in the book, and said "no,no,no,no,no!"