Science Sure Can Be Fun!

Today was the last day before Peirce is back to the hard knock life of kindergarten so we decided it was time for an adventure. We decided to spend the day at the Science Center. It was a great day to be there as we practically had the place to ourselves!

We started off in the Creative Kids Museum where Peirce got a whole new perspective on telescopes and shapes and colors. 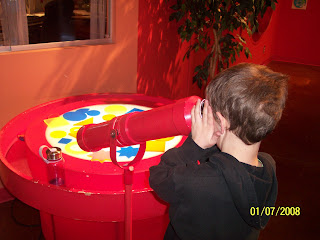 They have a theatre there where the kids can do a performance. There's even a sound system. At first we just played around. This is Jill doing some filming. 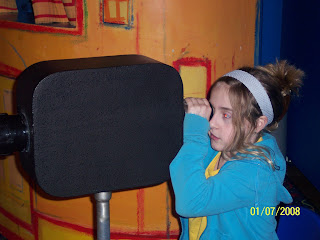 Peirce loved setting up the stage and being in charge of costumes for anyone that came along. 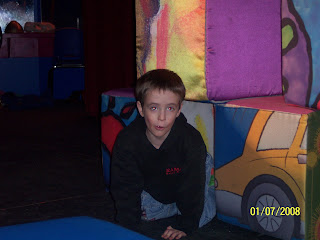 Then Jill found a script! She got a great idea that they should do a real performance so they rounded up as many kids as they could talk into it and performed The Three Little Pigs. 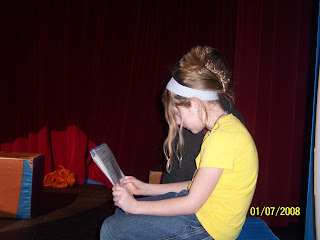 These are two jubilant pigs in a puppet theatre which made do for a brick house - with a seemingly very timid big bad wolf. It was cute to hear her say her line of 'little pig little pig let me in' in her cute little girl voice. :0) 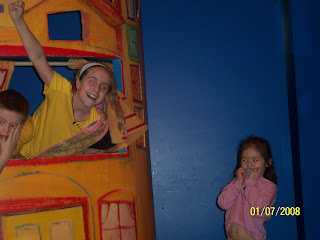 Jill is a TRUE creative kid! This is some lovely abstract sculpture she created. 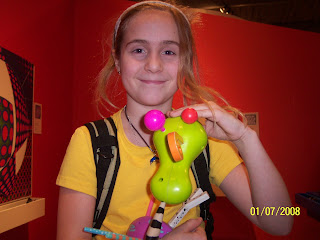 A lot of the exhibits had to do with sound. Jill played Book of Mormon stories on this life-size piano. Peirce discovered that his feet really have an ear for music. By the time we finished in that exhibit area we were a trio of musical sensations. :) 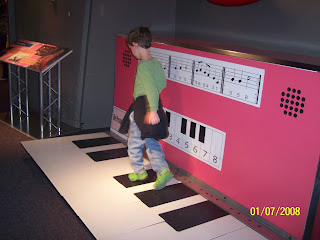 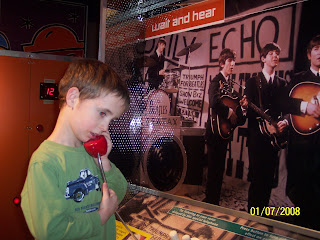 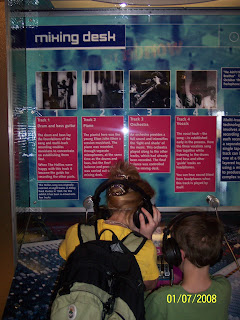 They had a bunch of booths with clothes and music from different decades. Peirce was a big fan of the 50's! 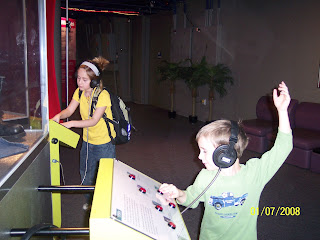 An electronic theremin! This is the second time we've run into one of those...so cool! 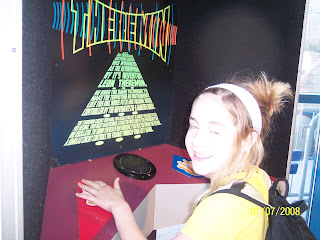 Next was the exhibit called 'Puzzling Things'. Jill is demonstrating that it takes a LOT of concentration to get those magnets to do what you'd like them to do. 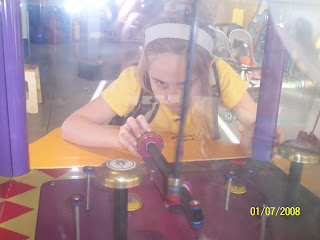 Peirce really loved shooting the balls into a big maze on the wall. This appears to be a huge gathering place for little boys (well, and a few dad's too) 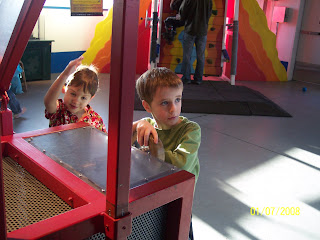 Jill is tapping on the hose and Peirce tries to identify which ear the sound is going to (or which tube she tapped). Recently we've wondered if Peirce is losing his hearing. After this exhibit we're sorry to say that the conclusion has to be that he usually just doesn't listen...because he can hear things just fine when it is a game! 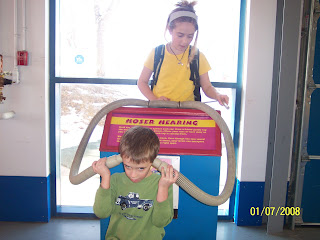 Love these huge nail beds! Peirce could have stayed here forever I think. It just feels so cool to make imprints with those nails! 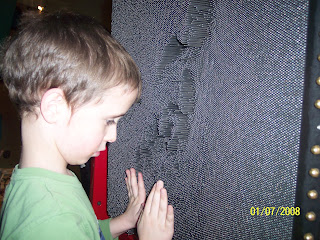 This is a computer game about farming basics and is hosted by an animated character–Rocket the Rooster. Jill was Rocket’s assistant and helped him prepare the fields, plant the seeds, feed the grain, protect the crop and grow it, and then harvest the grain. 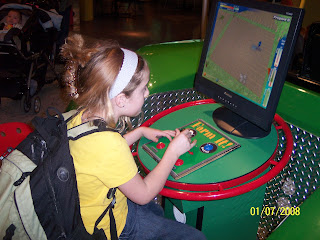