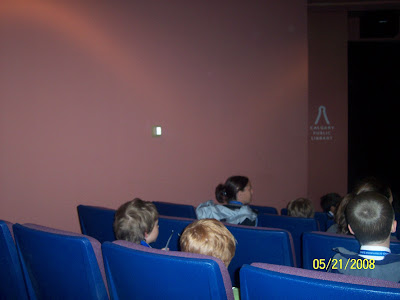 This year we bought tickets to Snow White. The production is in French and in English so we went to the French one. Peirce was really not looking forward to going because he said he doesn't know French. I think he was pleasantly surprised though! The puppeteer would say something and all the kids would yell, "Non, Blanc Neige!" (or whatever was appropriate) and Peirce was right in there participating with the conversation. I really didn't understand a lot of the French but I sure do get a kick out of seeing my kids catch the funny lines and enjoy it so much. 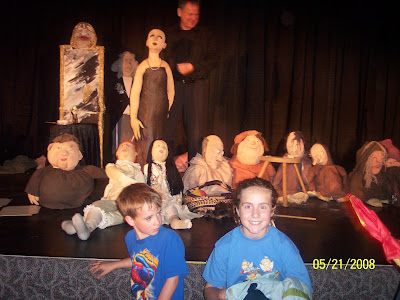 The puppets were so cool!! We just laughed and laughed at the dwarfs. It totally got some ideas buzzing in my head about ideas for a puppet show we could do as a family! 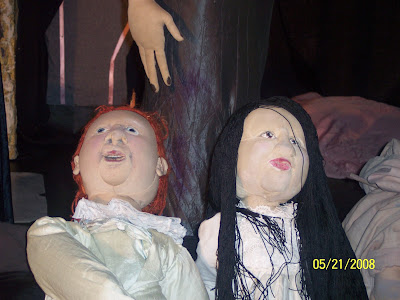 This is a close up of The Prince and Snow White. A still shot just doesn't do justice to how cool they were! Of course, maybe the magic is in the puppeteer. Not sure!